On 17 May 2017, the EU Court of Justice issued a ruling in a case between the European Union Intellectual Property Office (EUIPO) and Deluxe Entertainment Services Group Inc. concerning a graphic trademark containing the word element “deluxe.”

On 10 October 2012, the company Deluxe sought to register the following Community trademark: 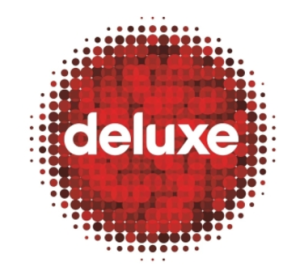 The mark was submitted for registration in respect of goods and services belonging to various classes of the Nice Classification, including cinema and television films containing musical video recordings, post-production editing services for audiovisual and audio advertisements, film remastering services, electronic storage of digital images and video, digital cinema and audio recordings, data carrier compression (including digital media), and services pertaining to protecting electronic content. The application met with a refusal to register on the part of the EUIPO in relation to all of the goods and services for which the mark was submitted. The expert justified that decision by a lack of distinctiveness and by the fact that the mark informs consumers about the quality of goods and services bearing it. Deluxe appealed to the EUIPO against the expert decision.

The EUIPO Second Board of appeal upheld that decision and additionally drew attention to the fact that, in that part of the European Union in which the English language is understood, the word “deluxe” is widely used on promotional labels to indicate high quality. Therefore, the word “deluxe” “should not obtain a monopoly by means of any trademark, while the graphic element accompanying the word is insufficient for the mark submitted to possess distinctiveness.”

The EUIPO appealed to the Court of Justice, stating, “the Court cannot exclude the possibility of presenting a general justification due to the variety of goods and services if the perception of the designation is identical in respect of each of the goods and services, and the justification referring to them therefore remains unchanged.” In the case at hand, in the EUIPO’s opinion, a common characteristic is that the designation “deluxe” will in every case be of a laudatory, promotional nature. The EUIPO referred to such cases as that of “BigXtra,” which was not registered because of its “expressly laudatory” nature. Deluxe refuted that argument by stating that the word “deluxe” should not be considered descriptive or laudatory when it refers not to the goods themselves, but to the sales method.

The EUIPO also criticized how “uniform category” had been understood. In its opinion, sufficient variety should be interpreted in such a way that it would be sufficient for goods and services to possess a common characteristic feature that could also arise among goods or services belonging to different sectors.

In its ruling (C-437/15P), the Court of Justice fund that an assessment of the absolute grounds for a refusal to register must consider separately each type of goods and services for which registration is sought. In principle, a decision must be justified in relation to each of these separately, yet, in a situation where the same basis for refusal is raised in relation to each category or group of goods or services, a given authority may limit itself to a general justification for all of the goods or services being assessed. Those goods or services must, however, remain in a sufficiently direct and specific relationship as to create a single, sufficiently uniform category or group of goods or services.

The Board of Appeal claimed that, in the case at hand, all of the goods can be presented as “being of high quality,” and all of the services as “guaranteeing high quality.” It argued, therefore, that all of them possess a characteristic essential to the purposes of assessing whether there is an absolute basis for a refusal to register. The EU General Court, therefore, should check whether the relevant consumer group could simply and directly perceive the trademark submitted as an indication of high quality or as a laudatory message, but not as an indication of the origin of the goods and services concerned. The court should also check whether the term “deluxe” does indeed carry the concept of “high quality” due to its direct reference to the word “luxury.”

In the opinion of the Court of Justice, the EU General Court “in a general way precluded the possibility of the existence of uniformity of the goods and services under consideration, and in this respect did not take account of the specific characteristics of the trademark submitted, in particular of how it would be perceived by the relevant consumer group.” It did not take account of the possibility that, despite differences between them, given goods and services could be deemed to be a uniform category allowing the Board of Appeal to formulate a general justification concerning all of them. Therefore, the position of the General Court that “the circumstance… that the term “deluxe” is an expression that is laudatory and promotional in nature, possible to apply to all the goods and services in question, is in this respect irrelevant” is erroneous. The ruling of the EU General Court was overturned, and the case was referred back to that court for reconsideration.