On 22 June 2017, Advocate General Maciej Szpunar presented an opinion in case C-163/16 concerning a trademark registered for the benefit of the well-known fashion designer Christian Louboutin, in the form of the colour red applied to the sole of a shoe. 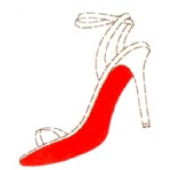 In 2010, Louboutin obtained a registration of a Benelux trademark submitted for goods from class 25. This covered shoes (except for orthopaedic shoes), while in 2013, the registration was restricted to high-heeled shoes.

When the Dutch company van Haren began selling women’s high-heeled shoes with red soles, Louboutin brought a claim against it to the District Court in The Hague concerning a violation of Louboutin’s right to the trademark. The claim was successful, but van Haren appealed, arguing, among other things, that the disputed sign was invalid. It based its argumentation on the fact that, pursuant to Article 3 par. 1e) of Directive of the European Parliament and of the Council 2008/95/EC, no registration should be made of a sign consisting solely of a form that significantly increases the value of goods and any prior registration of such a sign should be invalidated.

In 2016, the Dutch court decided to address a prejudicial question to the EU Court of Justice concerning the notion of “form” in the meaning of the provision referred to: is it limited to the three-dimensional features of goods such as (three-dimensionally presented) contours, dimensions and volume, or can it also include other three-dimensional features, including colour? The ruling containing an answer to those questions, which is to be issued in the coming months, will be very important for the world of fashion, since it will determine whether signs consisting of a colour applied to a specific element are eligible for registration.

In his opinion, the advocate general emphasised that, regardless of how a given trademark is categorised, when assessing it for registration purposes, account must always be taken of the interest in keeping certain signs within the public domain so to avoid restrictions on the introduction to the market of competitive goods.

Firstly, the advocate general stated the possible elements of a sign conforming to the outer traits of a product, noting that this is a factual assessment in the remit of the court that asked the question. Therefore, it must be determined whether in a given case the mark consists of a colour in itself, the form of the goods, or where protection is sought in reference to the colour. The advocate general pointed out that, when making such an evaluation, the court should make a general assessment, taking into account of how the graphic mark is presented, of the description contained in the registration application and of other elements useful in determining the significant features of the sign in question.

The advocate general took the position that the disputed mark constitutes a trademark consisting of the form of goods which seeks protection for a specific colour in connection with that form. This is supported by the circumstance that protection of the colour is sought only in relation to it being applied to the sole of high-heeled shoes. Further, when assessing the essential features of a sign, account must be taken of not only the colour but also other aspects of the goods concerned from which the trademark derives its distinctiveness; in the case at hand, this is the unusual location of the colour red.

Assuming that the disputed trademark consists of both the form of the goods and the defined colour, the advocate general considered the possibility of applying Article 3 par. 1e) of Directive 2008/95, which contains absolute prerequisites for refusing to register a mark. He took the view that such a sign should be tested in terms of its functionality in order to secure the general interest lying at the heart of that provision. The issue of whether a colour constitutes a functional element in this type of sign should be studied as part of an overall assessment of a given trademark. The provision referred to will apply if the colour and the form that comprise the sign are both deemed functional.

In the opinion of the advocate general, if we accept the other view that the trademark consists of colour only, we would have to hold that it is not covered by Article 3. The prerequisites for registration of such a mark are set out in the ruling to the case of Libertel (C-104/01).

An important point in the reflections of the advocate general is how the concept of “form that significantly increases the value of goods” in the meaning of that provision to be interpreted. He found that this solely concerns value that is inseparably related to the form and not value that results from the reputation of a trademark or its owner.

In the opinion of the advocate general, the disputed trademark combines colour and form, and therefore the prohibition in Article 3 of Directive 2008/95 may apply. The advocate general’s opinion is not binding on the Court of Justice, but if it turns out that the court shares his view, it will mean that this type of sign should not be registered and that such registrations can be invalidated.

By Natalia Jarząbek and Michał Ziółkowski