The importance of ensuring trade mark registrations accurately reflect the marks in usage has been brought into sharp relief by the recent decision of a Delegate of the Registrar of Trade Marks in Planet Plumbing SW Works Pty Ltd v Green Planet Maintenance Pty Ltd [2021] ATMO 32.

The Hearing Officer directed that registrations for two “Planet Plumbing” logos be removed from the Register after the owner, Planet Plumbing SW Works Pty Ltd (PP) failed to defend against a non-use application by Green Planet Plumbing Pty Ltd (GPP) under section 92 of the Trade Marks Act 1995 (Cth) (the Act).

The representations of the marks, originally registered in 1999 and 2009, were as follows:

However, PP had since 2010 been using a different form of logo, which was registered as follows: 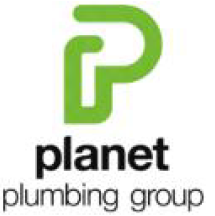 Under section 100 of the Act, where a party seeks removal of a trade mark for non-use, the trade mark owner must prove that it has used the trade mark, “or the trade mark with additions or alterations not substantially affecting its identity”, in good faith for the goods or services in respect of which it is registered. This use must have occurred within the period of 3 year ending one month before the non-use application was filed (Relevant Period).

As PP had been using the Current Mark during the Relevant Period, PP opposed the non-use application by claiming the Disputed Marks had been used with “additions or alterations that do not substantially affect their identity”.

The Hearing Officer, however, rejected this proposition and adopted the application of the “substantial similarity” test as enunciated by Windeyer J in Shell Co (Aust) Ltd v Link Esso Standard Oil (Aust) Ltd (1963) 109 CLR 407 at 414, namely, consideration of whether “additions or alterations” affect the “substantial identity” of a Trade Mark involves a side by side comparison of the trade mark with the alleged use.

Upon a side-by-side comparison of the Disputed Marks with the Current Mark, the Hearing Officer considered that “a total impression of dissimilarity emerges between the respective trade marks when regard is had to [their] essential features”. Despite some similarities between the words of the Disputed Marks, the other elements were also considered essential and prominent features and these elements lacked similarity.

Given that PP had clearly intended to abandon the old logos represented in the Disputed Marks in favour of the Current Mark, the Hearing Officer decided against using discretionary power to maintain the registrations.

This decision highlights the importance of carefully selecting which trade marks to register and to ensure that trade mark protection strategies are revisited whenever a business undergoes any form of rebranding. Trade mark registrations may be vulnerable to removal for non-use where the trade mark actually used bears material differences from the trade mark that is registered, even if they share common word elements.

In many instances, it is appropriate to seek separate registration of the name of a brand as a plain word mark. In this case, had PP simply registered the words PLANET PLUMBING, it may have only required a single registration, rather than three, and might have successfully opposed the removal of the Disputed Marks. Where a composite logo mark is registered and undergoes rebranding, it is sometimes possible to amend the representation of the mark to reflect current usage. In other instances, a new logo may instead warrant a new registration. In either scenario, a rebrand represents an opportunity to consider and improve upon any business’s trade mark protection.

By Gregory Pieris and Phoebe Naylor