1
Name and Shame On Instagram – The ASA’s New Tactic For Non-Compliant Influencers
2
Should Copyright Exceptions Apply to AI Mined Data? And Other Questions Raised Under the UKIPO Consultation on Artificial Intelligence and Copyright and Patents
3
Love Island’s Molly-Mae Hague breaches the UK Advertising Standards Authority promotion rules
4
Not such a friendly decision for Hugz: A new development in passing off that could help combat fashion copy-cats
5
Brexit and .EU Domain Names – A warning for UK registrants
6
UK Advertising Regulator makes first ever ruling on disclosures required for commercial marketing via a TikTok video
7
Copyright protection for Brompton’s folding bicycle? CJEU gives green light to the possibility across Europe
8
Lucky number 7: IPEC small tracks claims can be issued in 7 new locations and are no longer tied to London
9
UKIPO knocks undefeated Reds off their perch – The LIVERPOOL trade mark and lessons for brand owners
10
Bronze, Shape, Glow: A copyright tale destined for Broadway
Feb 08 2022
Browse archives for February 08, 2022
Posted in

In June 2021, the UK’s Advertising Standards Authority (ASA) began naming and shaming certain influencers for “consistently failing to disclose ads on their Instagram accounts, despite repeated warnings and help and guidance on sticking to the rules” on their website (see here).

The name and shame list was created as a result of the ASA Influencer Monitoring report, which found inconsistent ad disclosure by influencers on Instagram through Stories, posts and Reels, with the disclosure rules being followed only 35% of the time (see here). The influencers listed on the webpage are subject to enhanced monitoring and remain on there for a minimum of three months.

After the giveaway, the ASA received 12 complaints from individuals who believed that not all of the entrants were included in the ‘final draw’ and so did not have an equal and fair chance of winning. The complainants challenged whether: (i) the prize was awarded in accordance with the laws of chance; and (ii) the promotion was administered fairly.

On 19 November 2020, the Intellectual Property Enterprise Court (IPEC) in the UK handed down its judgment in the case of Freddy SPA v Hugz Clothing Ltd & Ors [2020] EWHC 3032, which ran for an unusually long time for the IPEC (three days).

The decision was a rare occurrence of a passing off claim, together with other IP causes of action, succeeding in the get-up of a functional item, being “bum enhancing jeans”. Ordinarily, such cases, particularly with respect to fashion items, fail as the get-up is seen as merely design elements or ornamental, or the circumstances of the use lead to a conclusion that other trade marks (e.g. brand names and logos) dominate consumer perception.

This case could embolden brand owners in relation to enforcement of the look and feel of their clothing as it creates the possibility of confusion ‘post-sale’ in addition to the point of sale.

Despite the UK having officially left the European Union on 31 January 2020, the Brexit transition period has been in place maintaining the status quo until 31 December 2020. However, with the end of transition period just around the corner, there are a number of important factors for businesses to be considering including the potential impact on .EU domain names.

Importantly, from 1 January 2021, UK Registrants will no longer be eligible to hold a .EU domain name. Each of the following would be classed as UK Registrants:

END_OF_DOCUMENT_TOKEN_TO_BE_REPLACED 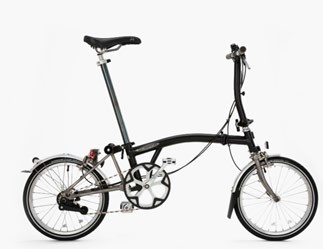 The expansion of the UK Intellectual Property Enterprise Court (the “IPEC”) has continued with claims now able to be issued in seven new locations outside of London.

To the interest of many a scouser and football fan alike, Liverpool Football Club’s attempt to register as a UK trademark LIVERPOOL has been rejected by the UKIPO on the grounds that the word is of “geographical significance” to the city. Liverpool FC had filed its application in regards to various goods in relation to football and the filing had attracted significant public attention.

Other English football clubs (Everton, Chelsea and Tottenham) have managed to register several trade marks for each of their respective area names. In addition Southampton Football Club has managed to register SOUTHAMPTON as an EU trade mark. As a result, it is not surprising that Liverpool FC would seek to register a similar mark to help protect its valuable brand.

However, as a result of the filing the club received significant backlash from the people of Liverpool, including their own supporters, and – probably in a related move – Liverpool FC has said that it does not plan to appeal the refusal and it has withdrawn the application. An additional trade mark application for LIVERPOOL with different claims has also been withdrawn.

The matter presents a great case study for brand owners on balancing the need to protect their brand whilst being considerate of the potential adverse PR that will come with the application for certain trade marks.

Stores like Aldi are increasingly popular with UK consumers as a result of offering “copycat” products of well-known brands at drastically lower prices. However, with this rise in popularity, brand owners and creatives are being increasingly frustrated by finding their products and ideas at the mercy of imitation products.

One such aggrieved party was well known makeup brand Charlotte Tilbury (Tilbury), who found their “Starburst” lid design and the “Powder Design” of their “Filmstar Bronze and Glow” set had provided the ‘inspiration’ for Aldi’s own “Broadway Shape and Glow” set. Tilbury filled a UK High Court claim for copyright infringement over the products shown below, with Aldi adamantly rejecting that any copyright had been infringed in their ‘inspired’ makeup set.