1
Can Dawgs Free-Ride on Bulls – Interpretation of Unfair Advantage for UK Trade Marks
2
Cadbury’s Purple Reign: High Court Allows Cadbury to Register Their Iconic Purple Colouring
3
Lovely Jubbly? Fictional characters are capable of copyright protection in the UK
4
The NFT Collection: The rise of NFTs – Copyright strikes back? (Part 3)
5
The NFT Collection: NFT Basics and Opportunities (Part 1)
6
Ronaldinho and Henry Marks Step Over Bad Faith Finding
7
Ed Sheeran in “Shape of You” Court Battle
8
Name and Shame On Instagram – The ASA’s New Tactic For Non-Compliant Influencers
9
EUIPO 2 : AC Milan 0 – AC Milan Fails to Register Its New Club Crest in the EU
10
Should Copyright Exceptions Apply to AI Mined Data? And Other Questions Raised Under the UKIPO Consultation on Artificial Intelligence and Copyright and Patents
Sep 19 2022
Browse archives for September 19, 2022
Posted in

END_OF_DOCUMENT_TOKEN_TO_BE_REPLACED 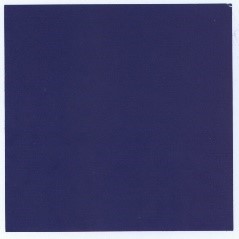 Cadbury has proven the adage that perseverance is the key to success as their continued and well-document pursuit over the registration of the colour purple has finally seen success in Société des Produits Nestlé S.A. v Cadbury UK Limited [2022] EWHC 1671 (Ch). The UK High Court has partially upheld the Cadbury appeal over UKIPO’s previous 2019 decision. Hopefully, this will bring clarity to businesses wishing to register colour marks instead of creating further ambiguity around the registrability requirements of colour marks and other non-traditional marks.

Considering the UK’s rich history of literature, it may be somewhat surprising to know that there was very little case law discussing whether copyright might subsist in a fictional character. However, on 8 June 2022, the UK courts finally tackled whether a fictional character can be protected under copyright law in Shazam Productions Ltd v Only Fools The Dining Experience Ltd & Ors [2022] EWHC 1379 (IPEC).

In a recent post, we examined the regulatory landscape of NFTs (see here). In our third of our series on NFTs, we will address the intellectual property concerns often highlighted by NFT critics.

NFTs have gone mainstream. But what are NFTs? Should your business develop its own NFT? How are they regulated? In The NFT Collection series of alerts, we will delve into these questions to help your business understand this new technology.

Bad faith has been a hot topic in UK and EU trade mark matters in recent years – not least in the sports world where recent prominent cases have concerned the football superstars, and one time teammates, Lionel Messi and Neymar. Whilst in those cases bad faith was found to be a valid ground for refusal of the trade marks in question, which the players did not consent to, a recent decision of the Appointed Person in the United Kingdom has provided an important clarification on how bad faith objections must be raised in the UK.

Singer Ed Sheeran is currently giving evidence in a three week High Court copyright trial over his 2017 chart-topping hit “Shape of You.”

Sheeran has been accused by two musicians, Sami Chokri and Ross O’Donoghue, that his hit song, “Shape of You” plagiarises “particular lines and phrases” of their 2015 composition, “Oh Why.” The two songs in question share a similar melody.

In June 2021, the UK’s Advertising Standards Authority (ASA) began naming and shaming certain influencers for “consistently failing to disclose ads on their Instagram accounts, despite repeated warnings and help and guidance on sticking to the rules” on their website (see here).

The name and shame list was created as a result of the ASA Influencer Monitoring report, which found inconsistent ad disclosure by influencers on Instagram through Stories, posts and Reels, with the disclosure rules being followed only 35% of the time (see here). The influencers listed on the webpage are subject to enhanced monitoring and remain on there for a minimum of three months.

AC Milan is one of Europe’s most decorated football clubs with seven European Cup/Champions League titles and 18 Serie A (Italian league) titles. However the Rossoneri, as the club is affectionately known, recently came up against an unfamiliar opponent in an unfamiliar field of play, being in the General Court of the European Union (the General Court), following their attempts to register their club crest as a trade mark.