1
The ‘Standard’ of Use Evidence in the EU – Advertising and Promotion Can be Enough to Show Genuine Use of a Service Without That Service Actually Crossing the Pond
2
The NFT Collection: A Brave NFT World – A Regulatory Review of NFT’s (Part 2)
3
French Reform of Automatic Intellectual Property Assignment for Non-Employee Personnel
4
Registrability of Shape Marks and Technical Function of Complex Products: The Pirelli Case
5
Producers of generic medicines and biosimilars even more supported by EU
6
“Three stripes and you’re out!” – The EU General Court rules Adidas’ three stripe trade mark invalid
7
A figurative mark? A position mark? Or just a trade mark?
8
Implementation of the EU “Trademark Package” in France
9
A No Deal Brexit – how will trade marks and designs look?
10
EU case recap: A dispute over registration of the mark “Dricloud” (Massive Bionics, SL vs Apple Inc.)
Dec 21 2022
Browse archives for December 21, 2022
Posted in

Does evidence showing booking, advertising and selling services in the EU constitute genuine use if the service actually registered takes place abroad?

This was the question contemplated by a recent decision of the General Court. The case T-768/20 (Standard International Management LLC v EUIPO) addresses the use of trade marks in the EU where the relevant brand operates hotel and leisure facilities outside the jurisdiction.

In a recent alert, we painted the big NFT picture, highlighting what a non-fungible token (NFT) means and the opportunities they present (see here). In this second part of the NFT series, we will take a deeper look at local regulatory control (or lack thereof) in this uncharted territory.

France is widely known for its author-centric intellectual property right (IPR) framework: except for a limited number of very specific situations, all IPR must be expressly assigned and there is no “work for hire” doctrine.

This situation is changing, further to Decree n°2021-1658 dated 15 December 2021, replicating the regime applicable to inventions and software created by employees or public servants to those made by natural persons accommodated by private or public law entities carrying out research.

Effective 1 July 2019, the EU adopted a regulation by introducing a supplementary protection certificate (SPC) manufacturing and stockpiling waiver. This waiver also applies for biosimilar versions of SPC-protected medicine during the term of the SPC.

On 19 June 2019, the EU General decided a case about the validity of Adidas’ EU trade mark registration for three stripes. In the General Court’s decision (see here), the Court upheld the invalidity of the mark on the basis that: (i) the mark wasn’t used consistently and evidence of reversed/amended versions of the mark was inadmissible; and (ii) Adidas failed to show acquired distinctiveness across the EU, providing admissible evidence for only five EU Member States.

The Court of Justice of the European Union (CJEU) recently confirmed that when assessing the actual use of a mark and the scope of protection afforded by a trade mark, the defining factor is the way in which it is perceived, and it is irrelevant that it is classified as a figurative or a position mark. In the CJEU’s decision in ECLI:EU:C:2019:471, the CJEU rejected German shoemaker Deichmann’s appeal to have Spanish competitor Munich SL’s trade mark revoked. The case revolves around the registered mark below, depicting a solid line cross on the side of a dotted outline of a shoe.

Further to the adoption of the so-called Trademark Package at European level, comprised of Regulation no.2015/2424 (as codified by Regulation no.2017/1001 dated 14 June 2017) on EU Trademarks (the “Regulation”) and Directive no.2015/2436, harmonizing Member States’ trademark regime (the “Directive”), both dated 16 December 2015, France was due to update its internal regulatory framework.

The PACTE Act no. 2019-486, adopted on 22 May 2019, implemented the Trademark Package at long last. While the Regulation addressed EU aspects and is of direct enforcement within Member States, the Directive provided Member States with some leverage on the internal implementation.

These new aspects aim at simplifying the enforcement of intellectual property rights (“IPR”), for both trademarks and the patents, by creating administrative procedures, rather than having to introduce a judicial action before the courts.

Over two years after the UK voted to leave the EU, there is an increasingly likely possibility that the UK will leave the EU in March 2019 without a deal agreed (although negotiations continue).  As a result, the technical guidance notes published on 24 September 2018 give businesses, brand owners and designers much needed insight into how such a scenario will look.

END_OF_DOCUMENT_TOKEN_TO_BE_REPLACED 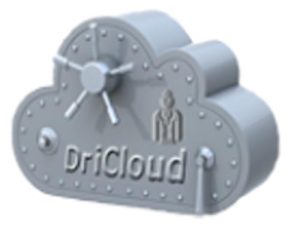